In 2007 fans subscribed to the Sparklehorse.com mailing list were treated to two unreleased studio recordings: a reworked version of Devil’s New and the previously unheard Anna Lee shared here. In a fitting coincidence this distorted pop gem shares its name with another girl from Mark’s past. That is ex-Bangle Susanna “Lee” Hoffs with whom Mark collaborated in 1994. “Be my summer girl…”

One of the last records Mark would work on, Angela Faye Martin’s 2009 long player Pictures From Home was lovingly crafted at Static King’s final incarnation in Hayesville, North Carolina. Here’s what Angela Faye had to say about this wonderful unreleased mix from those sessions:

“This mix was my favorite (we put some black market samples of a Romanian choir on this one and you can hear his punk-dulcimer chops on this one, as well) but my wish to have Mark’s red concertina on something kept this version off the final selections…”

Maggie May/Smack My Bitch Up (Live):

Maggie May/Smack My Bitch Up (Live)

We end this evening with an unlikely but entertaining medley of the works of Rod Stewart and The Prodigy! The track was recorded on the 21st July 1998 during a live session for London radio station XFM. Mark is backed by touring band mates Scott Minor, Jonathan Segel and Scott Fitzsimmons… 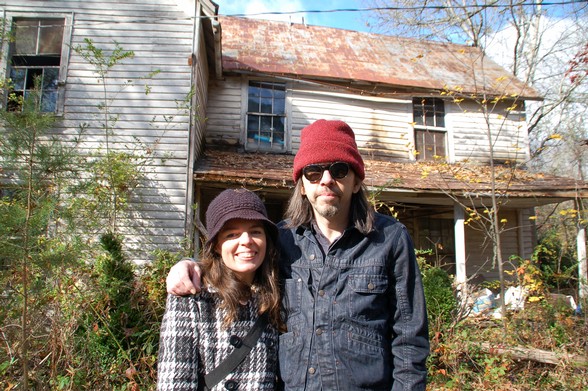