There was a time, however brief, during the Capitol records era, when the label actually cared about Mark and tried to promote him. For the “Good Morning Spider” release, there were various promotional items created, including matchbooks. An entire box of which I absconded with at the end of a Sparklehorse show at the Double Door in Chicago around the time the album came out. Hey, they were just sitting there on the table and nobody else seemed to notice or care.

The matchbooks are white with stark black printing. The GMS bird and Sparklehorse logo on the front, and on the back, the quote “From its chimney he breathed all creatures last panic”. This is a phrase excerpted from the text that runs around the circumfrence of the GMS compact disc, which reads in its entirety:

GMS was the first Sparklehorse record I bought. I admit I missed the boat on “Vivadixie…” back in the day. But I played GMS relentlessly. It is still probably my favorite record of all time, or certainly one of my top 5. And the above is part of the reason why I came to love that record, and Mark’s music as I do. It’s the essence of Sparklehorse. Dark, Southern, poetic, disturbing, frenzied. But also sentimental, heartfelt, warm.

And as for the matchbooks, well over the years, I’ve foolishly burned many of them up. But I think Mark would have appreciated that. Nothing lasts forever. And that they are destroyed and burned up by their very own selves, is sadly reminiscent of the man, so they are entirely fitting in that regard. Yet, despair not, for a few of them still remain, somehow, after all these years. To be used on special occasions: lighting fireworks, bonfires, sparklers, and perhaps a memorial candle somewhere. 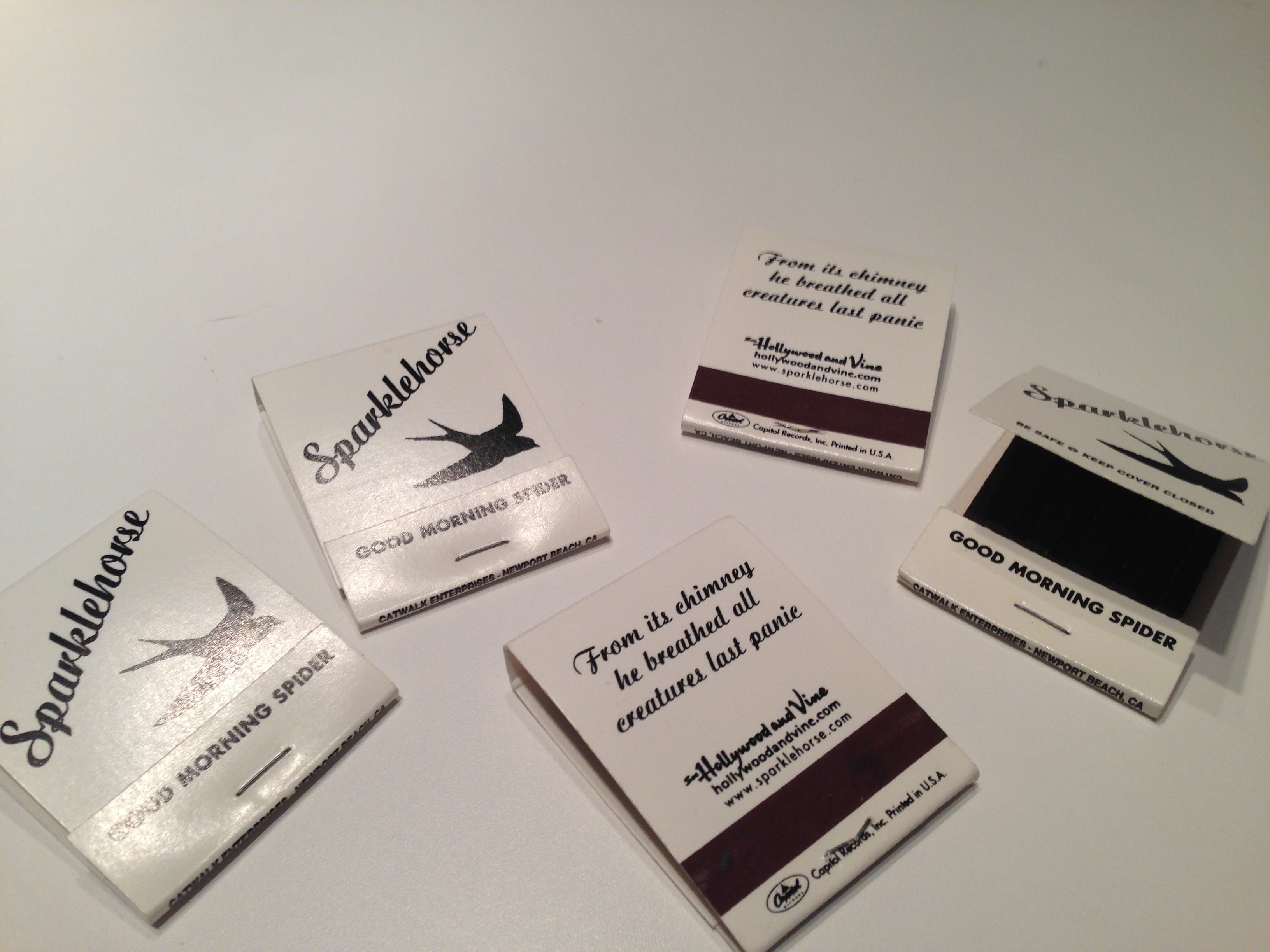 5 thoughts on “souvenirs i saved”